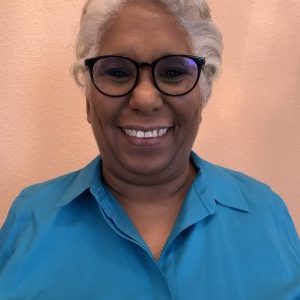 Jean Marie Brown is an assistant professor of professional practice in the Department of Journalism at Texas Christian University. In addition to serving as a full-time faculty member, Brown is also director of Student Media. A former newspaper executive, Brown spent most of her professional career working for Knight Ridder, and later McClatchy newspapers. She held management positions at the Fort Worth Star-Telegram and the Charlotte Observer. She is a senior Fault Lines trainer for the Maynard Institute. Her management career included time as a deputy features editor, city editor, assistant managing editor and managing editor. As a reporter, she excelled at covering local government and public policy. She began her career in the Chicago Bureau of The Wall Street Journal where she covered agriculture, financial futures, and U.S. farm policy. She also worked at her hometown newspaper, The Post-Tribune, in Gary, Ind. While there, she co-authored an award-winning series that examined the effects of racial segregation on Northwest Indiana, which at the time was considered one of the 10 most segregated regions of the country. She covered city government for The Charlotte Observer and followed the South Carolina delegation at the 1992 Republican National Convention. Brown earned her bachelor’s degree from Northwestern University’s Medill School of Journalism and her master’s degree from Texas Christian University. She taught diversity in newsrooms across the country for nearly a decade.