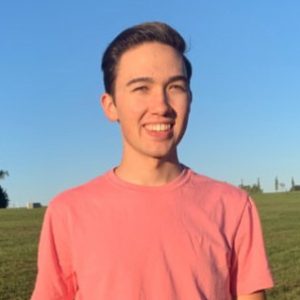 Edward Smith is a senior at Pleasure Ridge Park High School in Louisville, Kentucky. While being highly involved in his school’s news production program, WPRP, and the district’s news show, “Our Kids”, Edward has remained a contributor to the PBS NewsHour Student Reporting Labs. His stories have brought him to the banks of Seattle, the monuments of D.C., and notable issues within his home state. Through a strong passion and dedication to tell the stories of others, he has been awarded two student production Emmy awards.