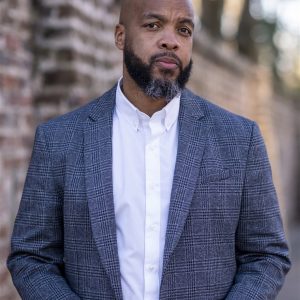 Pulitzer Prize and Emmy Award-winning journalist Trymaine Lee is a Correspondent for MSNBC. He covers social justice issues and the role of race, violence, politics and law enforcement in America. He joined MSNBC in 2012 as a National Reporter contributing online and on air. Previously, Lee served as a reporter at The Huffington Post, where he is credited with helping elevate the shooting of Trayvon Martin to a national audience. Before that, he was at The New York Times, where his coverage of Gov. Eliot Spitzer’s sex scandal helped earn the newspaper a Pulitzer Prize for Breaking News. He also earned a Pulitzer Prize as part of a team that covered Hurricane Katrina for The New Orleans Times-Picayune. Since then Lee has covered some of the biggest news stories of the last decade, including high profile cases of police violence and the killings of unarmed black men and women by police. Lee earned two National Association of Black Journalists (NABJ) Salute to Excellence Awards for Digital Media in 2015 for his MSNBC coverage of the protests in Ferguson, MO. Lee’s original MSNBC multimedia series “Geography of Poverty,” which chronicled poverty-stricken communities nationwide including Flint, MI during the water crisis, was honored with a NABJ Salute to Excellence Award in 2016. He was also a 2016 and 2017 fellow with the New America Foundation and a 2006 recipient of NABJ’s Emerging Journalist of the Year Award. Additionally, he was named to Ebony magazine's "Power 100" list in 2015. Lee won a 2018 Emmy Award for Outstanding News Discussion & Analysis for his reporting on gun violence and trauma in Chicago as part of a series and hour-long special produced by MSNBC’s All In with Chris Hayes.