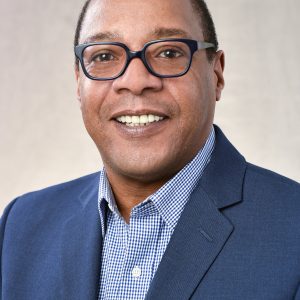 Darius Walker is the Vice President and Senior Executive Producer of CBSN, CBS News’ 24 hour streaming network. In this role, Walker oversees the day to day and long term strategic vision for CBSN’s USA, Canada and Australia programming, editorial, production and operations. CBSN continues to drive strong viewership growth, setting new viewership records in March 2020 which is now the top-ranked month for total streams. Prior to joining CBS News, Walker was the Vice President and NY-Northeast Bureau Chief for CNN. In this capacity he oversaw all editorial resources and assignments for CNN’s team of correspondents, producers, photojournalists and editors based in CNN’s largest national bureau.

Before his New York assignment, Walker was the Senior Director of newsgathering for CNN’s Washington, D.C., bureau. Walker also served as vice president of CNN Business News, where he managed business news coverage across various CNN platforms; Supervising producer for CNNfn’s Atlanta operations; and as senior broadcast producer for the business news program, Lou Dobbs Moneyline. From 1996 to 1998, Walker worked for CNN’s national desk in Atlanta as a senior editor and producer. Before joining CNN, he was the Managing Editor and Executive Producer for special projects at NBC’s flagship station, WNBC in New York. From 1992 to 1994, he worked at WAGA-TV, the then CBS affiliate in Atlanta, where he was the Managing Editor and led the Emmy Award-winning coverage of the Atlanta stadium fire.

Walker has won Emmy, Peabody and Dupont awards. He is also the recipient of the New York Association of Black Journalists “Trailblazer” Award for Excellence in Journalism and the Tuck School of Business (Dartmouth College) award for Business Reporting. He also is the winner of the 2018 Digital Diversity Network's Change Agent award.