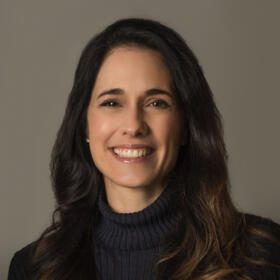 Evelyn Larrubia is the Managing Editor for Investigations at The Markup. She has decades of experience reporting and editing accountability and investigative journalism, including 12 years as a reporter for the Los Angeles Times. Her most important stories have been built on data analysis that exposed wrongs, and told through a human lens. Her work has garnered more than a dozen national journalism awards, including the Livingston Award for Young Journalists and the Scripps Howard Ursula and Gilbert Farfel Prize for Investigative Reporting. She was a 2010–11 John S. Knight Journalism Fellow at Stanford, and in 2017, CCNMA named her Latina Journalist of the Year. Before joining The Markup, she was Executive Editor of public radio’s Marketplace and, before that, Managing Editor of News and Investigations for KPCC, Los Angeles’s NPR news station.